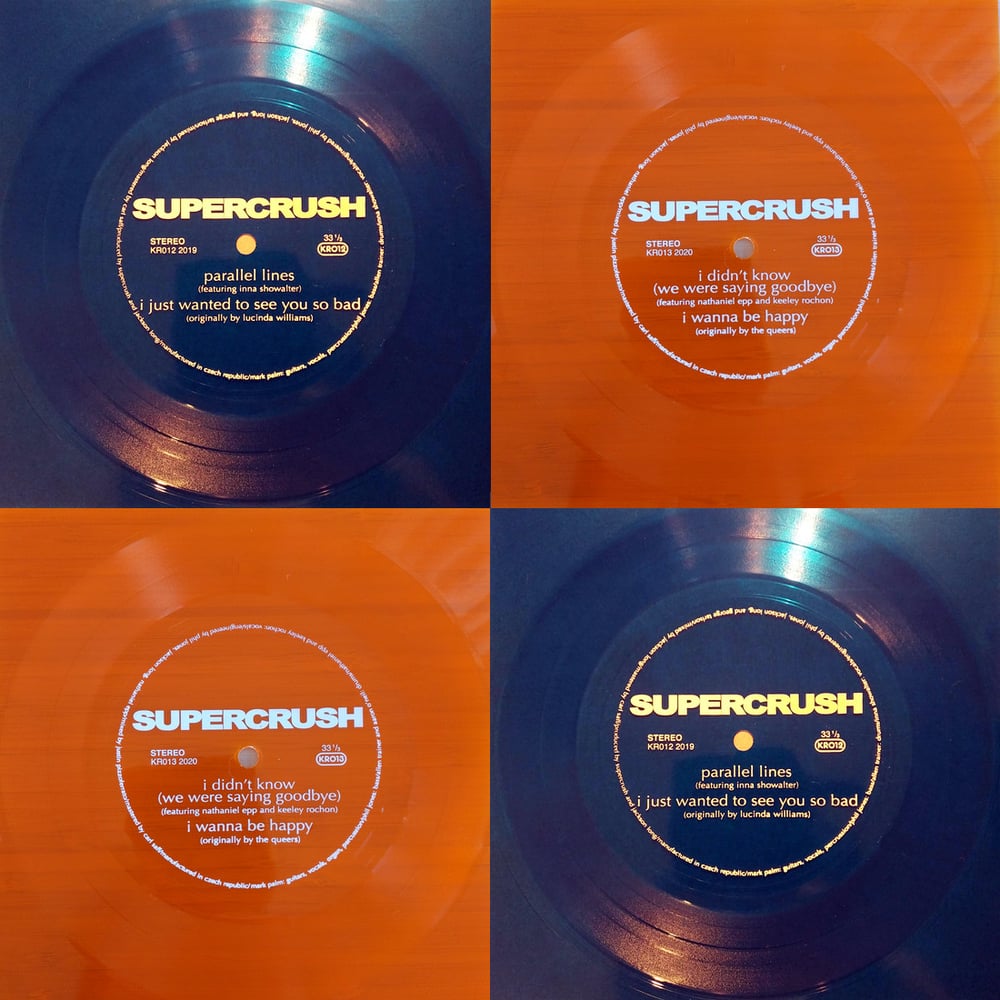 Here are the first three installments of this ongoing release series of unreleased Supercrush songs and covers. Collect them all!

This one was made for the 'SODO Pop In The USA' tour in November and December of 2021. The first track is a special version of the Supercrush song 'Be Kind To Me' from the SODO Pop album. This version features the vocals of Sam Bielanski of the band Pony. The second track is a cover of ‘Couldn't Care Less’ by The Bevis Frond.

Tour Flexi #2 - I Didn't Know (We Were Saying Goodbye)

This one was made for a US tour in the summer of 2020. The tour unfortunately had to be cancelled so the flexi's are now being made available through mailorder. The first track is a special version of the Supercrush song 'I Didn't Know (We Were Saying Goodbye)' from the SODO Pop album. This version features the vocals of Nathaniel Epp and Keeley Rochon of the band Dead Soft. The second track is a cover of ‘I Wanna Be Happy’ by The Queers, a song co-written by none other than Joey Ramone.

A two song 7" flexi manufactured for Supercrush's tour of North America in August and September of 2019. The first track is a brand new song from Supercrush's SODO Pop album. However, this is a special version exclusive to this flexi that features vocals by Inna Showalter of Blades Of Joy, Dissolve, and Modern Charms. The second track is a cover of the Lucinda Williams song 'I Just Wanted To See You So Bad'.

**These versions are not available on streaming services for the time being, only on these flexi records.